The Story of the International Day of Prayer for the Persecuted 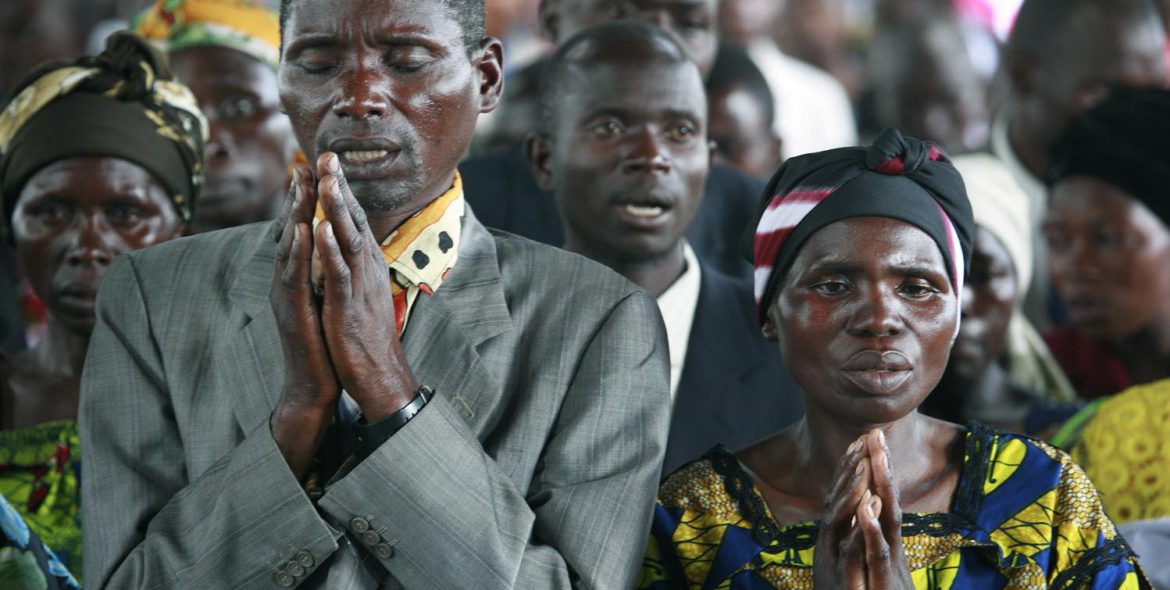 The background and history of the International Day of Prayer for the Persecuted (IDOP) is an important one in the life of the global evangelical church.  Arguably, one can make the case that it was, at least partially, responsible for the highly increased engagement of the worldwide church today, not only in issues related to religious liberty, but in the broader involvement in international human rights.

IDOP’s development had its beginning in the first few years of the WEA Religious Liberty Commission (RLC) itself.  Starting in 1988, WEA commissioned myself and Mike Morris (Evangelical Alliance, UK), with a four-year developmental process, including surveying the WEA members and the wider evangelical community on the issues of international religious liberty, as well as putting together a strategic plan for a possible WEA commission.  John Langlois, of the WEA Executive Committee, helped oversee and manage these efforts.  Our overarching goal was to see if WEA could assist the global church in being better engaged in the issues related to believers who are discriminated, harassed, or persecuted for their faith.  Thus, prayer would be central to its emerging programs.

The WEA RLC was officially launched at the 1992 WEA Global Assembly in Manila, Philippines.  We organized a three-day consultation on persecution just before the General Assembly where we brought together over 30 key international leaders to help shape the Commission’s work. Note that as far as we knew, this was the first ever global consultation on persecution among evangelicals.  Guiding principles were that the RLC should be a platform for collaboration, a source of education and training for the church, and a mobilizer for public action.  Even at this event, where public advocacy was discussed at length, prayer was highlighted as the central thing most believers suffering for their faith desired from the global church.

In March 1994, I had the privilege of becoming the Executive Director of the WEA RLC and we immediately began a global “Day of Prayer For Iran” campaign, catalyzed by the January 1994 murder (and martyrdom) of Bishop Haik Hovsepian Mehr, Superintendent of the Assembly of God churches in Iran, and the plight of Mehdi Dibaj, one of his church members who was imprisoned and sentenced to death on apostasy charges.  Though Mehdi was released from prison, he, too was killed in June of that year.

Because of the overwhelming response to and participation in the Day of Prayer for Iran, the WEA RLC officially launched the International Day of Prayer for the Persecuted Church in 1996 and designated the first Sunday in November for the church calendar (subsequently the second Sunday was added).  Catalyzed by the WEA North American office, many USA organizations (including the National Association of Evangelicals and the Institute on Religion and Democracy), also began a large promotion, though there were over 100 countries who participated in IDOP that first year.

In 1997, at the WEA Global Assembly in Vancouver, Brother Andrew of Open Doors was the first recipient of the World Evangelical Alliance’s Religious Liberty Award, recognizing his lifetime of service to the persecuted.  In receiving the award, Brother Andrew stated that “only through mobilizing the church to pray for those who are persecuted for their faith in Christ, will we see a significant shift in the involvement in their plight.”

In this age of perceived increased persecution (in reality, we are always in an age of persecution), should we consider the twenty years of engaging the global church in prayer for those suffering for their faith a failure?  On the contrary, the global church is now engaged in international religious liberty issues like never before.  Perhaps that is what God intended as His-story continues to written.

Brian F. O’Connell is the Founder/CEO of REACT Services; Facilitator of the Religious Liberty Partnership; and Chairman of the Refugee Highway Partnership. In the development of the WEA RLC, he was working with the National Association of Evangelicals (USA).