18-months on: Remembering the Easter Sunday bombings in Sri Lanka 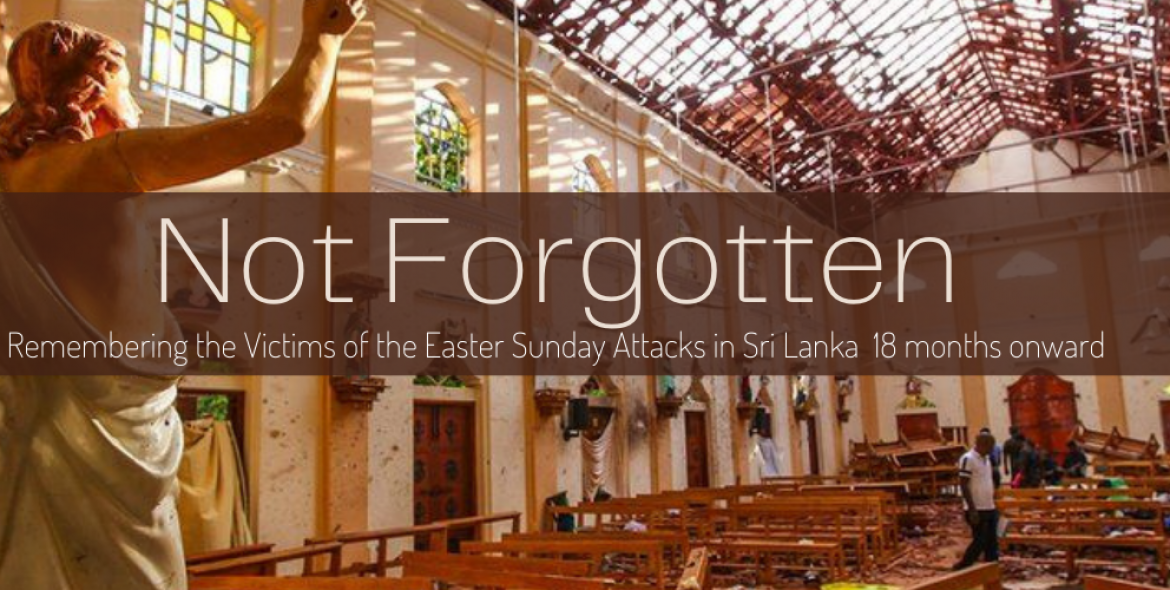 October 21st, 2020 marked 18 months since the tragic Easter Sunday bombings in Sri Lanka. Easter Sunday on the 21st of April 2019, a day of celebration for Christians worldwide, proved to be otherwise for many in the small island. Religious extremists bombed 3 churches in Colombo, Negombo and Batticaloa and 3 hotels in Colombo, killing 260 individuals and injuring over 500. Some who were wounded are still to recover.

There were a number of children who died and were wounded in the Easter Sunday bombings. Esther is one such little girl.

Six-year-old Esther* attended Zion church in Batticaloa with her parents on Easter Sunday. Both her parents died from the bombing. In the explosion, Esther was severely injured in the head and suffered from serious burns and internal injury. She was transferred to the Burn Unit of the Colombo General Hospital since the Batticaloa hospital lacked the necessary facilities. There, Esther underwent several surgeries for brain injury. The surgeons rather reluctantly had to remove one of Esther’s eyes and she lost sight in the other. The doctors were skeptical about whether Esther would survive the injuries, but she pulled through, and was eventually discharged and returned back home. Esther is now cared for by her Aunt Rachel* (24), who also suffered from 3rddegree burns from the bombing.

The story of Adam* is another tragic story from the Easter Sunday attacks. Siva* and Vasanthi*, married in 2006. They had 2 children; a daughter Dawn* and a son Adam. Siva worked part time at a shop and the family had been worshipping at Zion church Batticaloa since 2015.

On Easter Sunday, Siva took his children to Sunday school. After Sunday school, the family were having breakfast when the bomb went off. Adam, Siva’s son was seriously injured in the head and succumbed to injuries almost immediately. However, Siva, Vasanthi, and Dawn escaped without injury.

“Adam was always an obedient child. He took part in the Church ministry of fasting and prayer and read the Bible regularly in the morning and evening. Adam brought happiness to the family. I loved my son Adam” Vasanthi fondly recalls.

A few weeks prior to the Easter bombings,Adam had drawn a picture of the Batticaloa hospital, where two men were carrying a person on a stretcher. Adam had never been to the Batticaloa hospital since he was born and Vasanthi says it didn’t make sense to her at that time. But this was the very manner in which he was carried to the hospital mortuary after he died. “I understand everything now, and I strongly believe that he is with God” she says with conviction.

At Sunday school that morning, Adam had prayed asking forgiveness for his sins. Vasanthi, who was a Sunday school teacher, had laid hands on him and prayed “let your light shine in the world”.

The horror, grief and loss are very real for Siva, Vasanthi and Dawn. But they believe that one day they will all see Adam face to face in the presence of God. This gives them hope and the strength needed to persist despite their sorrow.