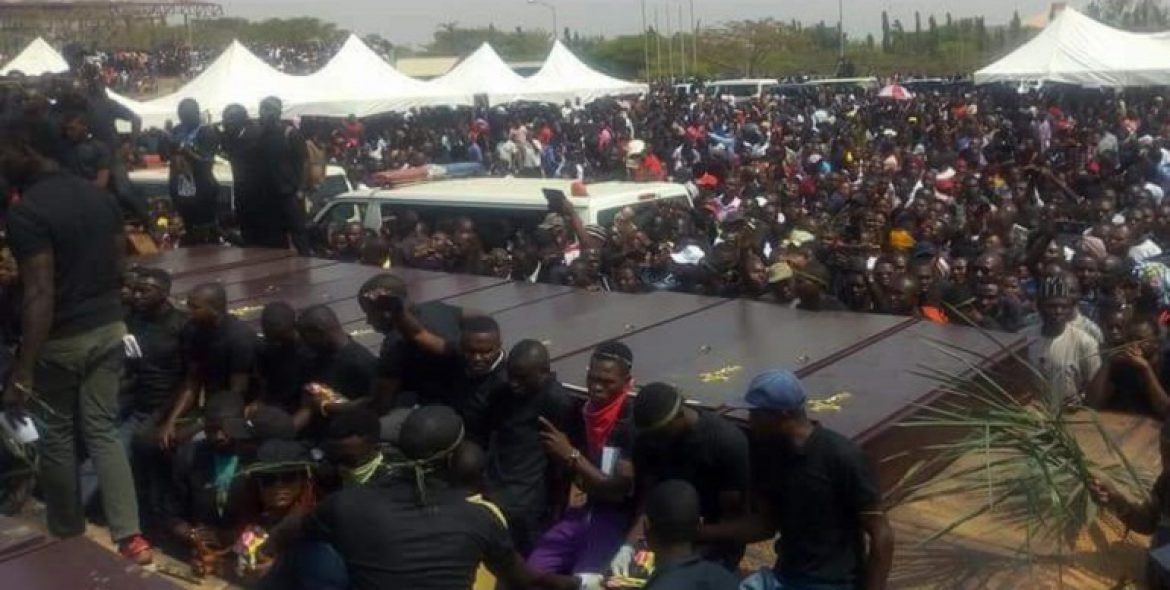 Christians under attack in Nigeria

With violent attacks on churches by the Boko Haram and Christian communities by Muslim Fulani Herdsmen, attacks on Christians in Nigeria have been relentless during the past couple of months. Adding salt to the wounds of Christians, distressingly, the Nigerian government has also showed no willingness in bringing perpetrators to justice, responding instead with total silence.

“Political leaders in the state have failed to protect the people from the Fulani attackers because they fear that President Muhammadu Buhari may move against any politician that goes against the Fulani, who are Buhari’s kinsmen,” Jerry Datim, a religious leader, told World Watch Monitor, when asked to comment on the attacks by the Fulani Herdsmen on Christians.

Raids by the Nigerian Air force

In December 2017, the Nigerian Air Force dispatched fighter jets in an attempt to deter Fulani herdsman attacking Christian civilians. The violence that ensued resulted in around 86 deaths. 51 casualties had gunshot and machete wounds while the rest were killed in the air raid. The raids sparked controversy for its seeming reckless use of deadly force, which resulted in more bloodshed and destruction.

On 1 January, Fulani herdsman attacked Christians at a church worship service killing over 50 people.  The killing began around 10:00 p.m. and lasted until around 2:00 a.m., the next day. The villages under assault were in the State of Guma. Following the attack, demonstrators protested on the streets of Makurdi against President Muhammadu Buhari’s silence over the incident, urging him to immediately act and bring the killers to justice or resign from his post.

On 4 January, Boko Haram militants killed 6 Christians in an attack in northern Nigeria that lasted until the early hours of the next day. Later on 15 January, the attackers set 2 churches and 93 huts on fire, including 4 homes the next day.

Violence on the 11 February

7 Christians were reportedly attacked by Fulani Herdsmen while peacefully returning back to their homes from daily work schedules. 4 victims returning from their farms were hacked to death in Bakin Kogi village. A lady who survived sustained severe injuries including gunshot wounds. On the same day, 3 more civilians returning home on a motorcycle were ambushed and killed.

Pray for God’s comforting presence upon the the families grieving the loss of loved ones. Give them the strength and hope to carry on their lives in the name of God. Pray that God touches the hearts of the persecutors and show them a peaceful way of life by treating their neighbors and fellow countrymen equally. May justice be served fairly on every citizen of Nigeria. Pray that the state government will provide protection to all Christians living in Nigeria, regardless of their religion.